00
To bookmarks
Idle Heroes is a fantasy game related to the middle ages. Here the world is ruled not only by the sword, but also by magic, and you will get access to a huge world consisting of hundreds of Islands. Your main goal is to protect your own island by any means possible, simultaneously creating your own Kingdom and recruiting allies. You can both learn magic in order to turn it against opponents, and prepare an army consisting of knights. Well, an important part of the game is the process of war with other kingdoms.

The game has a rather interesting plot that will open up the story of a guy who was on a distant island. The inhabitant of the island was an old magician, who gave the hero some of his magical knowledge. Exploring the buildings available on the island, you will begin to create your own Kingdom, prepare the first fighters, not forgetting about the economy of your new state in the process. At the start, you have two altars, with one you can get additional fighters, while the second is useful for passage to another world, where you can meet a huge number of bloodthirsty monsters. To buy new, elite fighters, you need to save game currency, they are quite expensive, but they fully justify themselves in battles. For the sake of all these features download Idle Heroes for Android is not possible. Here you need to add that there is a Donat system, it is not recommended to do this, but if you want, you can greatly facilitate your life by using real money in the game and get elite fighters at the start.

Every player in the game has their own rank, which can be raised by raising it, for example, to the maximum you will simultaneously get the maximum characteristics. Therefore, it is desirable to immediately throw your characters into battle, because from the most pumped-up character in the future will be most useful, you do not need to treat them carefully. Battles can take place in two modes, both manual and automatic. In the first case, you will have to personally control everything that happens on the screen, while in the second you just watch how your warriors do everything themselves. Any actions in the game will take away a little energy from you, in order to replenish its stock, you need to perform all sorts of quests. In addition, there are bonuses that you can get every day, using to replenish energy.

Main advantages of the game: 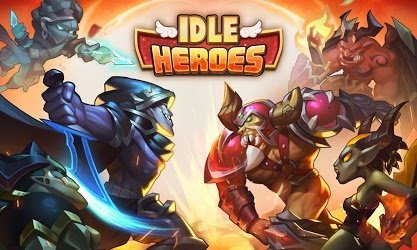 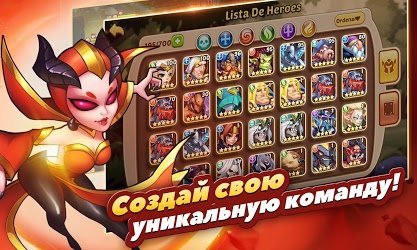 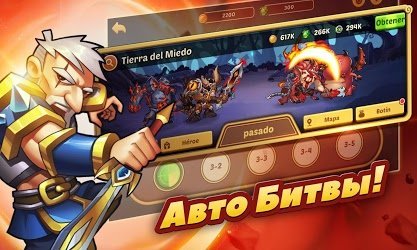 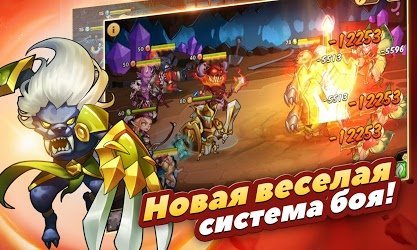 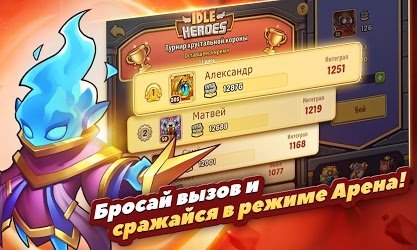