+20932405
To bookmarks
Shadow Fight 2 Special Edition – a long-awaited and impressive update loved by many series of games that work on the principle of fighting. Returned the application in the paid version, but it is worth noting the correction of many shortcomings that affect the overall impression and gameplay process. Who played the version that does not require a fee, remember how for the imaginary "free" had to endure tons of pop-up ads, fiercely annoying and encouraging rather throw the idea. Even more frustrating was the energy required to fight. If the resource ran out, you had to wait for some time until the character regains strength. There was an alternative option-the payment of real money for the scale, to the eyeballs filled with energy. However, the above function was a one-time, and if you want to play normally, you had to throw the bills to the wind.

In the new development you will not find permanent commercials, energy indicator and exhausting breaks between fights. In addition to the above pleasant changes, transformed and radically changed the story component, and passing the chain of quests and records, will open weapons, armor, equipment and related equipment. Spectacular fights, the atmosphere of Oriental martial arts remained unchanged, the role-playing genre is only casually present and immerses in an exclusively male universe, saturated with battles, testosterone and a thirst for victory.

For a little money you will not get a primitive mediocre company, but a true triumph at each conquest over the enemy. The fighter will regularly gain experience, improve their performance and enter the ring at a higher level, demonstrating the skills learned thanks to You, techniques, strikes and tactics of deceptive combat. The path from beginner to martial arts guru is not easy and requires a visit to seven locations, where you will meet problematic and quite dangerous enemies. Each area at the end will open the gate to the personal boss, and at the finish your challenge will take the Titan, from which tremble all the inhabitants of the game world. Each opponent is unique and has distinctive skills, but perseverance and zeal to win work wonders. Believe in your own uniqueness, and by trial and error achieve the title of the best. As assistants will be offered relevant and popular products of the game store, where payment is made in virtual currency and experience points, which are issued when participating in tournaments and Championships. 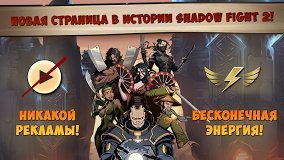 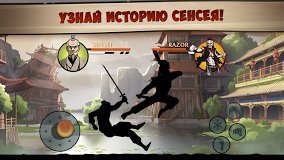 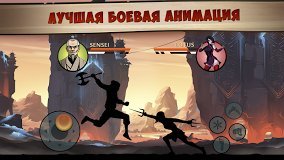 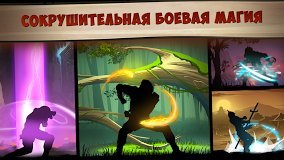 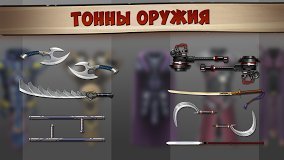