+234298
To bookmarks
Shadow Fight 2 - one of the most common fighting games, the essence of which lies in the confrontation of the demonic force that has crossed the line Of the gates of Shadows and carries a serious threat to all mankind. The world is on the verge of total destruction and plunging into chaos. Sinister demons are aimed at enslaving every living soul. And only You, a brave and courageous hero, became the last hope of people for the long-awaited salvation. Win back the territories occupied by evil spirits, and send the enemy spawn to the place where they leaked-hell.

In war, any means is justified if it leads to victory, and therefore, do not avoid murderous weapons, cunning techniques and individual tactics. You will be available to an unprecedented Arsenal of weapons, certainly able to help in the fight. Numerous swords, chains, axes, maces, Katanas and other tools with a sharp and piercing blade. Do not allow the defeat and triumph of the devil's creation, otherwise the enslavement of the Universe is inevitable and we will be doomed to destruction. Ahead will be waiting for the most unpredictable opponents with extraordinary strength, requiring Herculean effort and diligence to cope with them. Bosses of each location are the best representatives of a certain school of martial arts. Earning game currency will help to purchase auxiliary elements that increase the chances of leadership in the battle. Each new triumph gives experience and awards victory points, for which you can improve the performance characteristics of the character. Try to evenly distribute the bonuses received, not chasing the emphasis on the power of blows and ignoring the resourcefulness and ability to parry the enemy's attack.

If we consider the graphics and control of Shadow Fight 2, it is worth noting the colorful and variety of animation strokes and techniques used in the fight. Battle arenas, as opposed to the fighting game itself, are not full of bright elements and displayed modestly and quite primitive, so as not to attract the attention of the user. Control is presented in the form of a simulated joystick and several auxiliary keys. The soundtrack sets up a dynamic battle and raises the spirit, making your mood more aggressive and tough. If you want not to suffer in the long wait for replenishment of energy and virtual money, you can download several mods that allow you to quickly pass all levels and meet with Titan, the final mega-boss. 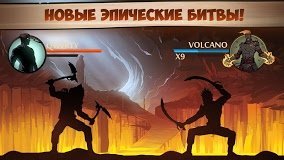 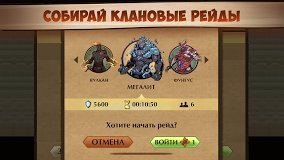 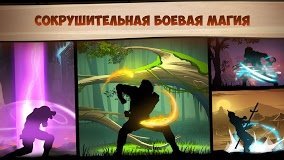 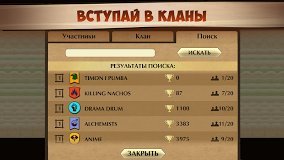 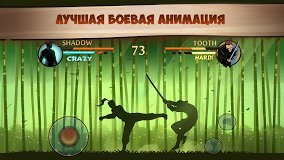