-15
To bookmarks
Ski Safari 2 is the second part of the popular arcade game. The creators managed to keep all the advantages of the first part here, but at the same time multiply them with many new ones. The result is quite cheerful and just an interesting game that can please any gamer, just to pass the time, it fits perfectly. In the game you will take control of a skier who rushes down the slope, in the process performing all sorts of extremely difficult jumps. The starting tool here will be skis, but in addition to them, you can choose the same snowboard, if you like it more.

In terms of the plot of the game turned out to be standard, you were resting in a mountain house, when an avalanche suddenly began, forced you to give up everything and do your own rescue. Your key task now is to rush down the mountain slope, crossing all sorts of obstacles. Moreover, the main feature of the game is that you will initially be saved on the most ordinary sofa, it is on it that you need to dash famously, forward overcoming obstacles. And only on it you will be able to move to skis or snowboard. Agree to download Ski Safari 2 for Android, for the sake of such features more than possible. On the couch, by the way, you can go for a very long time until you encounter some obstacle on the road. Other animals will race down the slope and try to escape from the avalanche that is chasing them. Some of them will interfere with your movement. While others can act as your helpers, helping you roll down faster, you can use them instead of riding animals. There will be both penguins and even exotic mammoths, the latter to bring a fair share of originality to the game.

Control of the game is very simple, but we must admit that it is overly simplified, most of the time the skier will race down the slope himself, your task is to be responsible for jumping and other tricks that he must perform when approaching someone obstacle. As you progress, you will be able to accumulate virtual currency, which can then be spent on all sorts of improvements, they will allow you to race faster more effectively. The game has a Russian-language interface that will allow you to understand all its features faster, in addition, it turned out not to be particularly demanding on your devices. So you can, absolutely safely download it even on old smartphones, there it will also fully go and some significant problems will not arise. 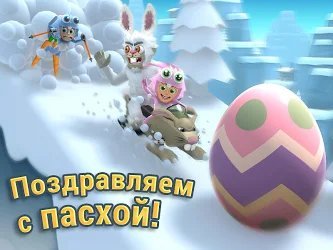 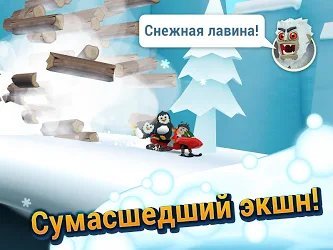 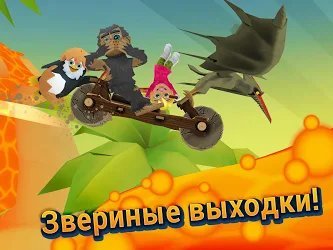 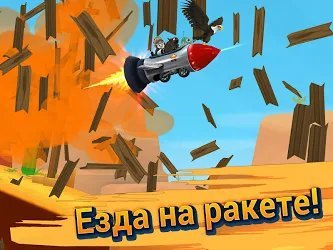 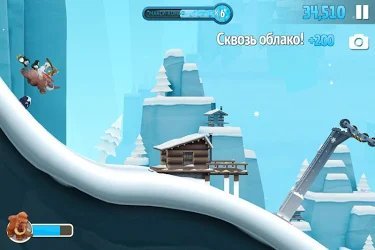