+1521
To bookmarks
Big Hunter – on the one hand, the game looks simple enough. But such only seems. Despite the rather mediocre graphics, the game turned out to be difficult, but interesting. In the game you have to become a primitive hunter, killing a variety of animals in the process. Of course, your main weapon will be a simple spear with a sharp tip, while your prey will be mammoths, to defeat such a giant in any case will be very difficult, but if you try hard, you will certainly succeed. The gameplay is quite simple, but at the same time extremely interesting, you will stand still, while the mammoth will slowly approach you. Your task is to throw a spear at him until the enemy is completely defeated, it is understood that such a task is quite difficult, but if you try well, then you will definitely succeed.

In the game, a big role is played by speed, you have as quickly as possible to throw the advancing mammoth spears, it is reasonable to plunge the advancing enemy can be. Here is only one kopya for such a giant extremely little, you will have to stick in adversary dozen copies of, and only thus you arrive at itself meat. Agree already exclusively for the sake of the above, Big Hunter can be. Let in terms of graphics, the game has not departed from the majority of popular games dedicated stikmenam, but the gameplay is really cheerful and just interesting, so bored when passing, you in any case do not have to.

The more you play, the more difficult the game will become, at first the opponents will be quite weak, so that will die from just a few hits with spears. But the further you play, the more copies you will spend on their production. Any special rewards during the passage, you will not receive, your key goal is simply to kill the animals in order to live your tribe. The additional advantages of the game include the fact that due to the rather weak graphics, it turned out not to be particularly demanding to your device, and therefore is quite capable of going on most even frankly old smartphones. It is also worth mentioning the interface of the game, which turned out to be both extremely simple and extremely functional. Well, another advantage of the game is the presence of the Russian-language interface. With it, you can quickly understand all the possibilities of the game. 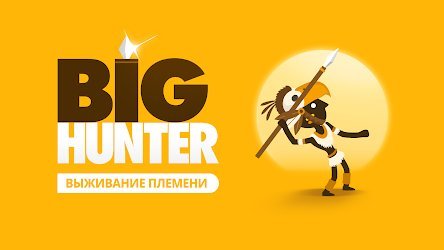 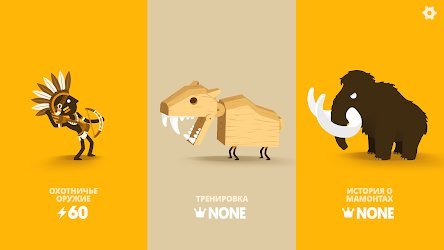 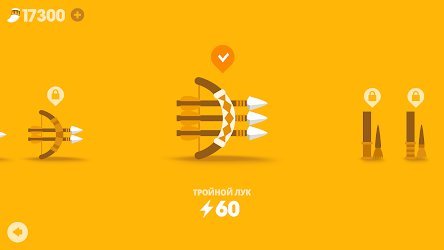 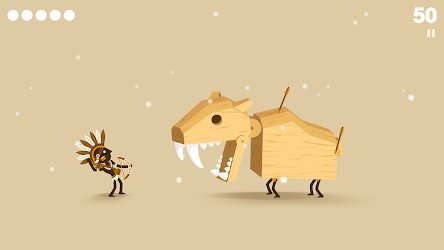 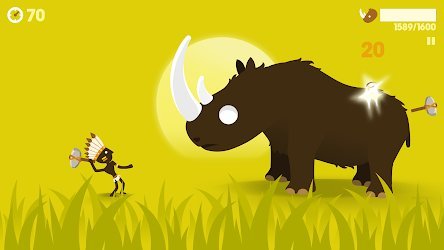