08
To bookmarks
Tap Tap Builder is a game for those who are interested in building. Want to build grandiose and unique structures. If so, you are very lucky, because the game is sharpened just for this. In the game, you can build the most grandiose structures, moreover, in fast lines and without serious costs, because such entertainment is designed for those who love speed. In just a few clicks, you can create a huge city.

Your goal is not only to build grandiose structures, but also to provide residents with everything they need, the inhabitants should be happy. Also, in addition to houses, it is necessary to lay roads on which your inhabitants can safely move. The game will tell you exactly what you need to do, issuing missions for the construction of a particular structure. By completing these tasks on time, you will receive additional rewards, which in turn will allow you to pass the game more effectively. Agree to download Tap Tap Builder for Android, it is already only for the sake of such features. All fans of such construction simulators, the game should be at least like it. Let it be far from original, but at least it turned out to be quite interesting.

As you progress, you will need to build more and more structures, for example, a power plant in order to supply the entire city with electricity. There are also all kinds of stores where people can stock up on everything they need. As soon as you build one structure, you will immediately find that you need to cost another and so the metropolis can grow almost indefinitely. Also, in addition to structures that are responsible for comfort, you can build a variety of buildings that are necessary for your people to work and create everything necessary, for example, factories here most of the time are quite appropriate.

The game has a fairly simple graphics, which at the same time looks for the most part nice. Not a masterpiece to understand, but only as a mobile strategy is suitable. The soundtrack here is somewhat dim, though, and you won't be able to hear any really decent sounds, but they are not annoying. In addition, due to the rather weak graphics, the game turned out to be undemanding to your device, so it will have to go on most smartphones or tablets. The game also has a high-quality Russian-language localization, which will quickly allow you to understand its main features. 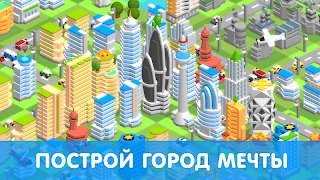 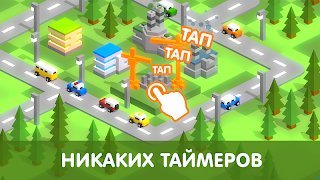 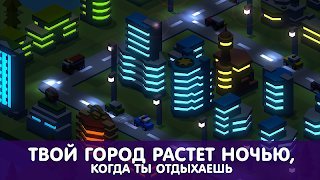 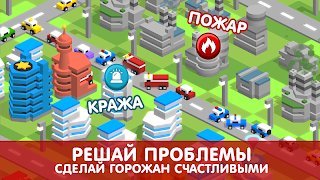 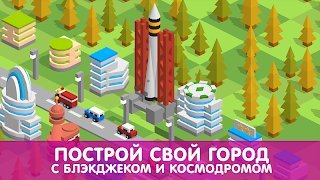