+37
To bookmarks
This game product was developed specifically for fans of marvel and its masterpieces.

This game combines puzzles and the equally popular RPG genre. According to the story of this game, there are many people and heroes with different abilities and abilities. Among these characters there are good representatives who stand on the side of good. There are also villains who oppose the first category. The game Marvel Puzzle Quest tells how a certain particle appeared on the earth together with a meteorite. Now everyone wants to get it, as a result of which a serious confrontation is planned. A good half of the characters will clash with the other, which will be a very interesting action. The player will need to deal with the puzzle in the mechanics of "three in a row", which contains some features. Images of fighting heroes will be placed above the playing field. Each will have a strength score that will increase as certain chips are destroyed.

The game has special effects that remind of the battles from the movies. Here you can spend your leisure time enjoying the gameplay. Ahead of the gamer is waiting for an exciting gameplay that will be able to captivate the user for a long time. 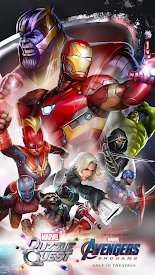 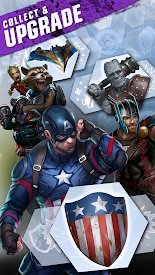 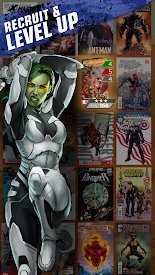 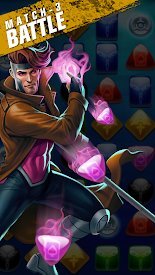 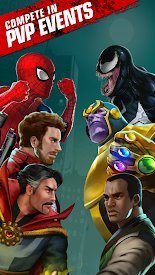 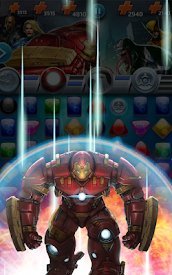