+68
To bookmarks
SpongeBob: Krusty Cook-Off is a game that is an arcade game suitable for android devices. The new game has gathered your favorite heroes again. We need to get ready to be at the bottom of the ocean. Each player is expected to have incredible adventures that his favorite hero faces.

One day, summer came on the territory of a small city called Bikini Bottoms. The central character of the game's plot wanted to earn some money. That's why he started opening his own restaurant. Here he was going to sell desserts. SpongeBob should have an idea how to cook them. Its visitors should only enjoy delicious dishes.

Loyal friends will help him in this matter. The game mechanics have the usual style. The player will be engaged in cooking, develop, complete tasks and communicate with the heroes. The culinary duel will appeal to those who love a cartoon with all its characters, and also have a positive attitude to such an occupation as cooking. This is what the gamer will have to do in this application. 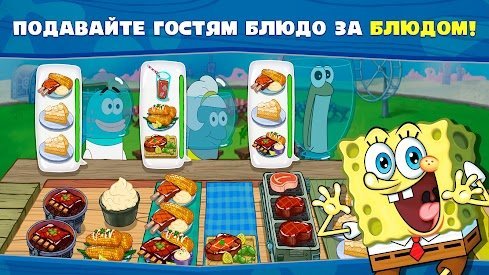 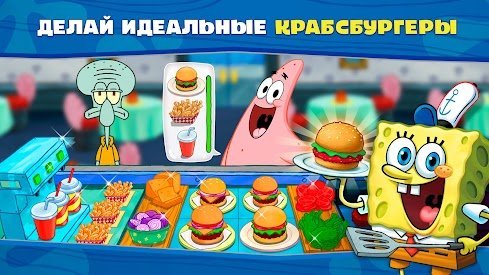 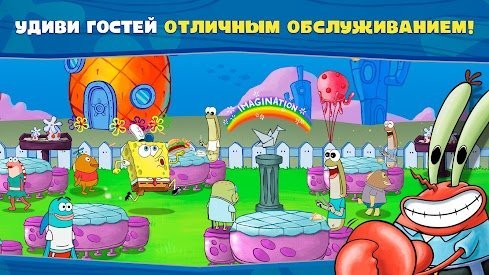 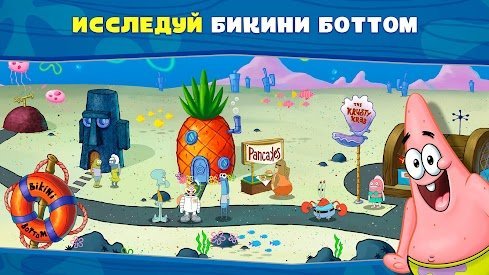 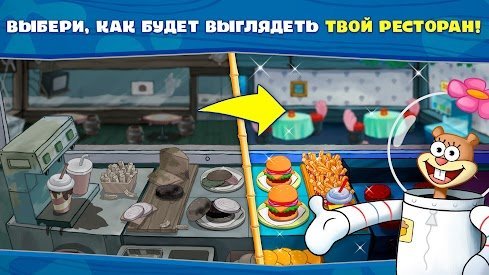 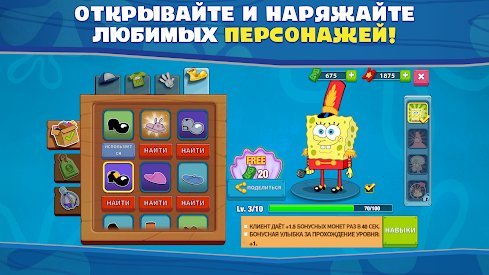 SpongeBob: Sponge on the Run