+13
To bookmarks
Klondike solitaire-the game can certainly be considered one of the most popular. It won its popularity by appearing on the computer as a means to calm the nerves. Although here we need to add that the game is very old and it was played long before it appeared on the computer. Played in the real world, as a Board card game for one. On the wave of popularity, the game moved from the computer to other devices, here you can watch the version for Android-based devices. The game is extremely easy to manage, so it will not cause any serious problems on your mobile device.

The game has flexible settings, thanks to which you can easily change the color of your app. Customize the control for the left hand, select several modes that can download Solitaire for Android, both complicate the game and simplify everything exclusively at your request. In the game you will have a deck of cards distributed according to special rules, the goal is to arrange them all in descending order. In a free cell, you can only put the king, the game will be over at the moment when all the cards are laid out. You can choose cards either from the deck, which is located in the corner, or from seven rows of cards. The rows contain from one to seven cards, in ascending order, respectively. The game has several levels of difficulty, the first level offers to work with cards of the same suit and it is relatively the simplest, the chances that you will be able to fold solitaire are almost one hundred percent. The second level offers to work with two suits of cards, and here it is somewhat more difficult, the chances that you will not be able to fold solitaire are quite high, so when you start playing, wait for problems. The last level offers to work simultaneously with four suits and here you can really lose.

The game is regularly criticized, including by office workers who instead of a full rest, play it, and such criticism can be safely attributed to the best recommendations of the game. Moreover, there were many high-profile cases when office employees were left without work for playing solitaire in the workplace. It is difficult to say what exactly the game is addictive, because at first glance the game turned out to be extremely simple, but the facts speak for themselves, starting to play you can face a situation when you can not break away from the game. 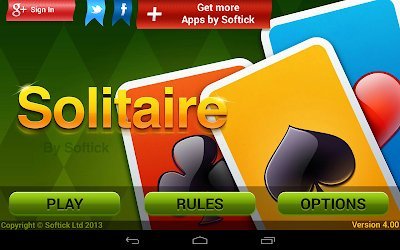 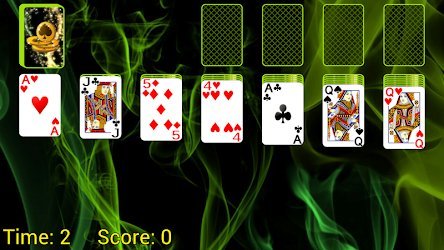 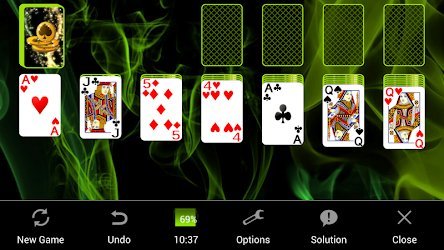 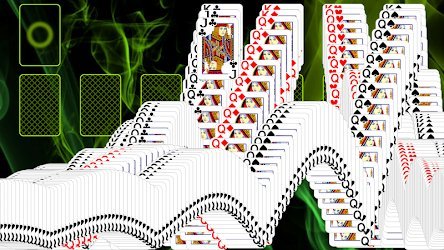