+13
To bookmarks
Cut the Rope 2 is the first sequel to the popular mobile toy-Cut the Rope, which was able to find at the peak of its popularity a large number of additions (Experiments and Time Travel), which were almost no different from the original. In addition, in the second part of the game you will find a huge number of updates and innovations that will definitely appeal to you.

Despite the preservation of the main mechanics of the first part, here you will need to cut the ropes solely in order for the delicious food to go directly to the mouth of the lizard Am Nyama, who has gathered a lot of gaming experience. Also in the new part of the toy, the developers decided to add a special map that has a lot of things similar to the maps in Candy Crush Saga, where you can manually directly choose what level of the game you want to pass now.

At each level Cut the Rope 2you will have several tasks that are mandatory for the minimum. If you deliver a candy to Am Nyam, you will get three stars, and you need a lot of them to open new missions. Play, I remember the first game part, and try to compare them with each other by playing both parts. 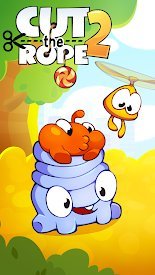 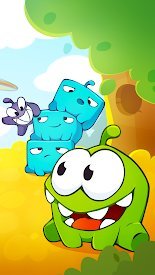 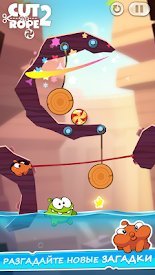 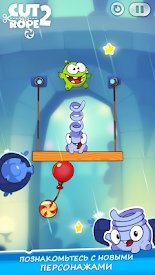 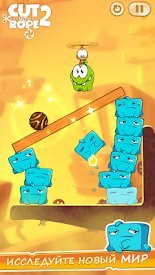 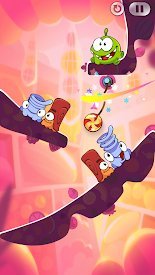