+4668
To bookmarks
Zombie Catchers - an application created by a company called Two Men and a Dog, designed for Android systems. Recently, too many games are released, with a theme about zombies. The most popular game in this genre is considered Plants vs Zombies. A few months after its release on the world market, it has been downloaded more than a million times. However, in the presented version, the main rivals of zombies are not plants, but small aliens. They want to clean our planet of infected people.

Gamers have not to kill, but to capture patients with the help of special devices. This application is peaceful and does not involve any violence. The main feature is that it is necessary to include logic, as you need to catch the enemy wisely. If you don't do it carefully, they will eat you. The range of equipment is quite diverse, which greatly increases the interest. To obtain new types of devices, you need to perform certain tasks. The developers have made the main rival artificial intelligence, allowing them to deceive the gamer.

Graphics and music help the user to immerse himself in a virtual war. The interface can support many languages, which makes it more convenient. The control panel is quite simple even a first grader can cope with it. The game is designed for both children and adults. 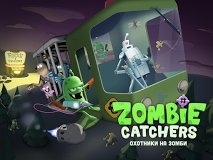 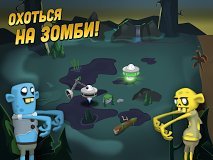 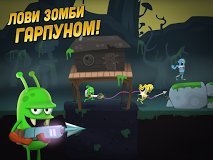 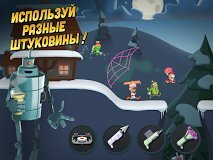 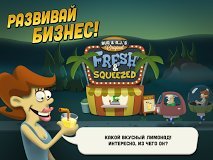