Injustice: Gods Among Us

+77
To bookmarks
DC Comics is one of the most popular universes with a huge number of fans, so it's absolutely no surprise that there are more and more really great games dedicated to this universe. Here before you is one such good game in which you can do one interesting thing, namely to watch the confrontation of two superheroes. The battle will take place between two fighters, but at the same time, at any time you will have an interesting opportunity to call for help from two more heroes who will help you quickly deal with the enemy.

The game boasts beautiful graphics, the world is drawn in a bright and recognizable style, so if you are a fan of the universe, download Injustice: Gods Among Us on Android, you just have to. In terms of sound, everything is also good, the fights turned out to be very cheerful and accompanied by a set of really interesting effects. The tactical component of the battles was also performed at a very high level, you will have to think through your actions, and competently build a scheme of battles, otherwise you will lose.

All characters, as in the canonical world, will have a solid set of features that you can use for the battle. Moreover, heroes can have a variety of superpowers, as well as an interesting set of skills that will help them in battle, much faster and more effective to win. 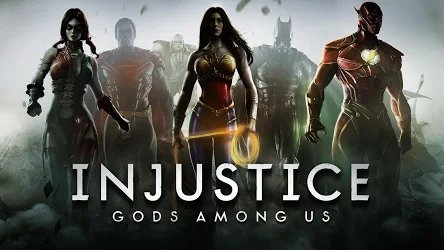 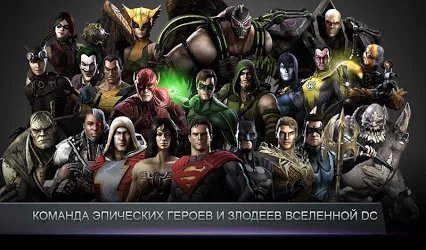 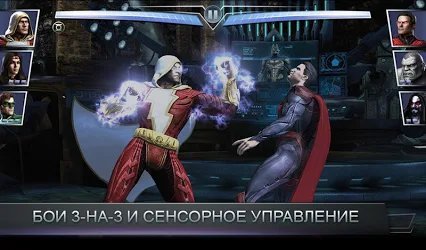 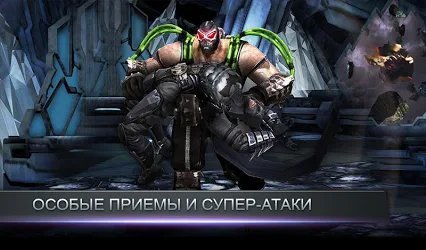 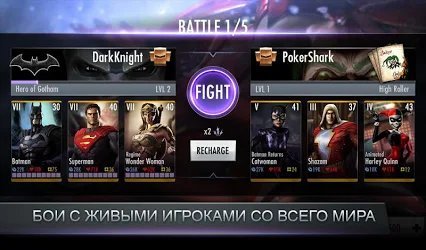