+13
To bookmarks
Dark Sword: Season 2-an interesting game, sharpened by numerous battles. The main character here will have to confront the hordes of monsters that will actively press on all sides. In the world in which he lives, there was a disaster, the sun went out, life died and only hordes of monsters flooded the neighborhood. Destroying all the people who only meet them on the way. Your goal is to fight back evil, because you are the only one who can do it. Your goal is to find and destroy the dragon that extinguished the sun, the only way you can save the world. In the game you have to cross a lot of difficult locations filled with a variety of obstacles that can delay you in one place for a long time. Basically your opponents will be monsters, but at times you will meet and bosses who will be really dangerous opponents. In addition, on the road there are all sorts of natural obstacles that need to be bypassed. Sometimes you have to look for a way to cross a difficult obstacle.

The graphics in the game turned out to be quite original, it turned out to be unusual, gloomy, but at the same time attractive, it is interesting to look at it in any case. The creators really well managed to recreate the picture of the dying world. During the passage you will be able to regularly earn domestic currency, and all sorts of bonuses. Dark Sword, you can already exclusively for the sake of such opportunities. Let the game is similar to many analogues, but it turned out to be more than sound, so it should not cause you any negative feelings.

Using the game currency, you can buy new, more effective weapons that will be useful to you for battles. You can also modify the old and modify their uniforms. If you consider that as you progress through you will meet more and more dangerous opponents, then this development will not hurt. Better weapons will give you a decisive advantage in later levels. The gameplay looks like this here, you are constantly moving forward, while you come to meet a variety of opponents, we must admit such good was really a lot, so the game is consistently happy. Management turned out to be very simple, the character can move himself and fight on the map, and you do not need to do anything. Such simplicity is somewhat annoying, the modern fashion to simplify everything is not good for the games. 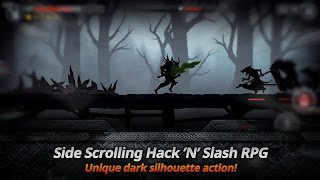 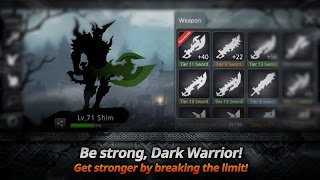 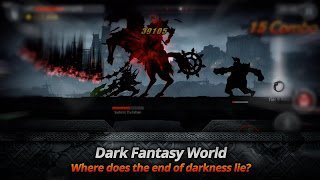 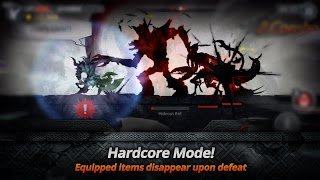