+26
To bookmarks
NinJump Dash-a game made in the style of runner. It turned out to be quite simple and unpretentious, but at the same time fun enough, so it should not make players bored. The character for whom you have to play, will act as a real ninja. You can play not only alone, but also to arrange a fun confrontation with other real players. Starting to play, you will have the opportunity to work out your character by selecting the available characteristics, and then choose your favorite track and participate in the race. You will have a lot of competitors, so that an important task will not just run forward, but also to overtake all opponents who dare to stand in your way. On the track you will find a lot of useful bonuses that are guaranteed to help you not only move faster, but also give a number of additional features.

The game turned out to be quite colorful and bright, you should be pleased with a solid set of miniature ninjas that look moderately funny and pleasing in their appearance, with the latter here everything turned out very well. Each level will be strewn with a huge variety of obstacles that you have to overcome. Since the battle with real players are held in the online format, you need a successful game fast mobile Internet, without the latter to play fully, you just can not. While running, you will regularly go around a great many traps. In addition, do not forget that any other player can attack you at any time, so always be alert, sometimes one unexpected attack can lead to your loss. Let the enemies do not destroy you, but make you slow down so that you lose, because there is a terrible delay even for a few seconds. Especially the ability prices allow you to accelerate and get ahead, so you get a gap between dangerous competitors and will not be afraid of an unexpected attack. Download NinJump Dash: Multiplayer Race for Android is solely for the sake of such opportunities, the game is bright dynamic and quite decent.

Winning races, you will receive cash prizes that can be exchanged for new characters. In addition, players who have achieved the most decisive victories, will get into the table of records. The game was absolutely free, but at the same time has a large enough presence of advertising, which is somewhat annoying. 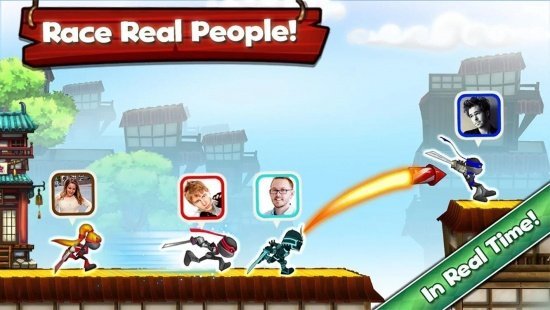 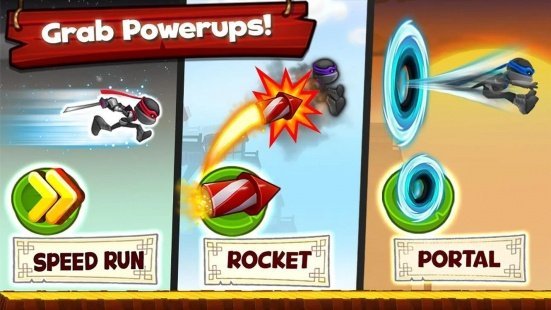 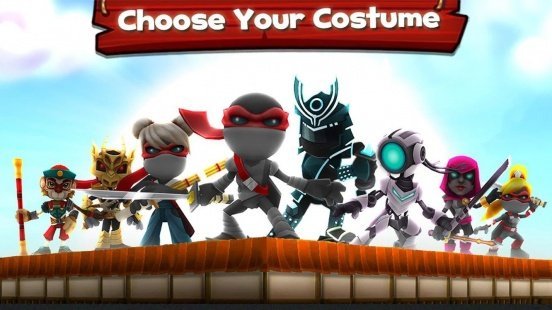 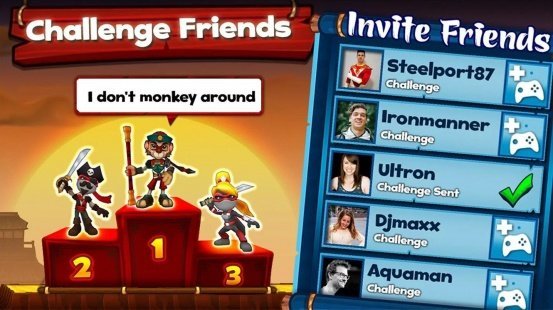