+4963
To bookmarks
Ninja Turtles: Legends application developed by Ludia Inc. The game is a fascinating strategy, suitable for devices on the Android system. Surely, you know an interesting story of brave warriors who own different battle tactics. The rival of your heroes once again plans to destroy the planet and make all people their robots. The main task is to stop the evil Krang and save the Earth.

To get to it, you must defeat a large army of mutants created by a special mutagen. They do not know pity and mercy, so destroy them without any doubt. Before starting the game, it is recommended to undergo training. It will teach you how to properly and skillfully manage the warriors. Also, while it explores each feature of a certain bug. Strong fighting techniques are shown. In the application, everything will happen gradually, you and your opponent will attack each other in turn.

After each victory, you will come a step closer to Krang. In the final battle against you will be the strongest opponent. Graphics quality and well drawn. The gameplay is simple and clear, the child will cope. Interface in Russian and English (switch in settings). 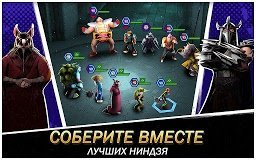 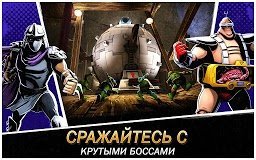 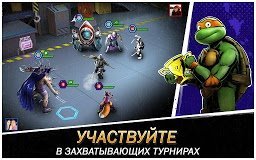 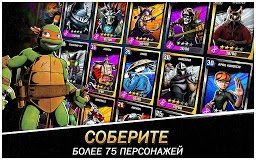 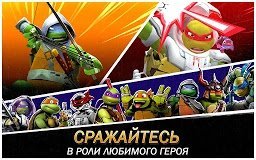