+6494
To bookmarks
Gems or crystals is an entertaining puzzle game. It contains a large number of levels, the complexity of which increases in the process of passing. Here you will need to collect crystals based on color characteristics.

You need to collect them in groups of three or more elements, after which they disappear from the field. In their place, new elements will appear, which also need to be combined. If a large number of such disappearances occur, the user will receive additional bonuses. You should also watch the number of possible moves, as they are limited.

The shapes of the platforms where the colored stones will be placed will differ in each level. Their configuration will affect the difficulty of passing the game, so you need to think carefully about the moves. Thanks to this game, you can not only have a good time, but also train your mental abilities.

Bonus crystals will appear on the field, which will help you blow up a large number of crystals. In addition, each level will have a special task that must be completed to win the game Gems or jewels ?. 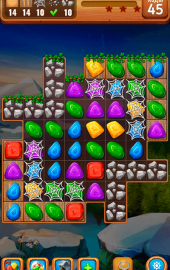 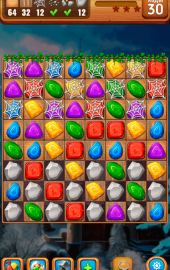 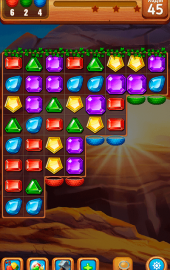 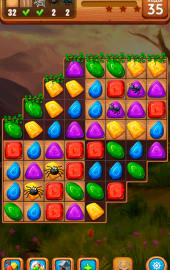 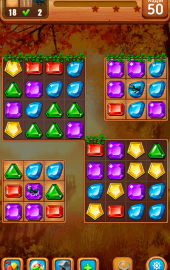 What's inside the box?