+79
To bookmarks
Talking Tom: Chasing Heroes - an entertaining runner with your favorite cat in the title role. Talking Tom got tired of sitting at home, so he took the path of fighting for good and justice. Hero Chase is a classic runner game with lots of obstacles, acceleration bonuses and coin collecting. Control Tom or Angela for as long as you can, avoid obstacles, use modern gadgets built into the technological suit, and defeat the evil raccoons. At the end of each race, brave superheroes are blocked by raccoon bosses, which can be dealt with using superhero abilities. Bring order to the city and rid it of furry criminals. 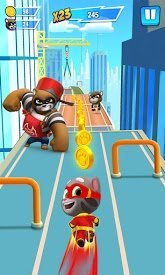 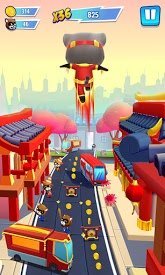 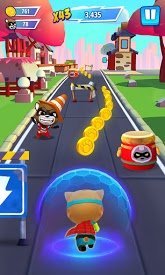 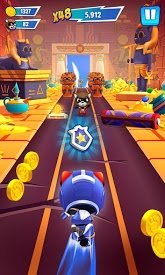 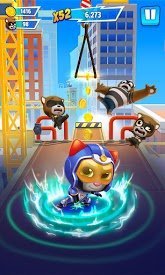 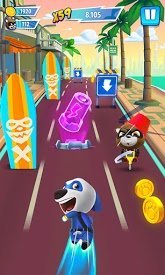