+594740
To bookmarks
Clash of Clans – incredibly dynamic and filled with epic events strategy, which aims to achieve maximum development of the native clan and the victory of allies over a strong and powerful enemy. First, the duties of the player will include the construction of a primitive village with a small population. However, with the help of skills and skills of the characters, you will be able to create an army, train it in military Affairs, train and put up for battle with other gamers own soldiers in real time. In the game, the fundamental principle is the ability to combine strategic multi-moves with quick reaction in fights.

Thanks to perseverance, training and experience, you will become a powerful opponent in the eyes of other players who are in completely different corners of the vast globe. To win and lead in the ranking of the best, you will need a thorough analysis of the slightest step and movement, discarding cowardice and fighting to the last.

The world is full of a variety of characters, including magical and mysterious wizards, brave and brave warriors, wild and furious barbarians, fire-breathing dragons and other equally bright fighters endowed with unique skills and abilities. Take a good look at the goblins crushers, these creatures are expensive and will never be useless.

You will have to properly spread your brains to reveal the subtleties and potential of your hero and make the most of the advantages as opposed to the weaknesses of the opponent. In addition to the development of the village and training troops, you will have an epic battle with the Goblin king, the formation of alliances with impressive and profitable companions, thus forming a clan, countless different colorful and rare areas, a large range of races and the ability to choose the right mode and level of the game. Do not forget that you can not only earn virtual money, but also buy for real rubles currency, greatly facilitating the fate of soldiers. In order not to waste time on a tedious and quite expensive farm, just make the desired amount in the terminal. Specialized shop contains ammunition and equipment, which can strengthen your army, helping potions that increase the success of the collision, unexpected locations and even jewelry and accessories, bearing only a decorative character. 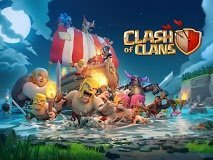 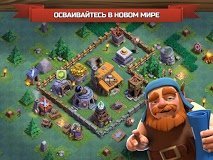 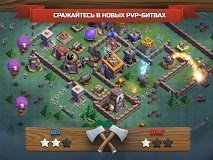 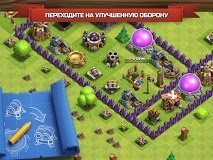 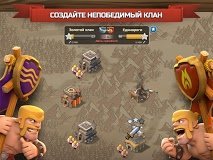