+1020
To bookmarks
In this game, the user will be able to test and train their economic and production abilities.

The player will have to do a rather unusual occupation, namely the management of the infernal shop. The game guarantees an interesting and fun pastime. The style of the game is created hardcore and will certainly appeal to fans of black humor. The gamer will be in the company of members of the other world. In the game
Idle Heroes of Hell - Clicker & Simulator you will need to build your farm where people will work. They will serve as sources of income. On their own, they will equip the infernal Empire. There will be a lot of torture chambers to build. There is also special equipment for carrying out the torture process. You need to replenish your existing Arsenal with boilers and whips. Souls will arrive daily and will belong to different races. Here you can gain the status of a soul tycoon and compete with participants from different countries. The game contains a lot of unexpected twists.

Here you can pump monsters, make friends and try to bring your production to an incredible size. So you can get a good income that will come even in the absence of the user. 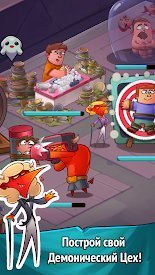 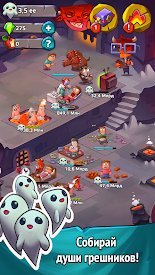 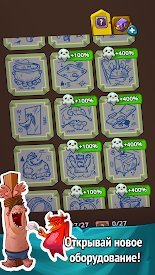 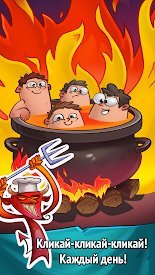 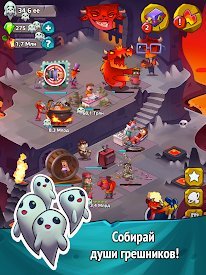 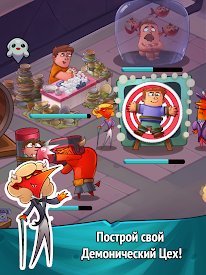