-11
To bookmarks
This game implements the "tower defense" mechanics, as well as characters from the famous animated series called "adventure Time".

The player will be together with the heroes of the series to protect the planet from the invasion of balls. At the disposal of the user will be more than two hundred weapons. The player is waiting for a lot of tests and a large number of levels, during the passage of which will not be bored. Also in the game Bloons Adventure Time TD created good graphics that will help you fully immerse yourself in the gameplay. It is worth noting the presence of original voice-over voices of the characters. It will certainly appeal to fans of the cartoon and other users. The user's task will be to stop the invasion of balls on the Kingdom. The rules here are very simple: you need to pop as many balls as possible, freeing up locations. Cute monkeys will act as assistants. Ahead of the gamer is waiting for a pleasant and fun pastime. The game will take place on five different maps.

This game development will help you have a good time, as well as get new impressions from the process. 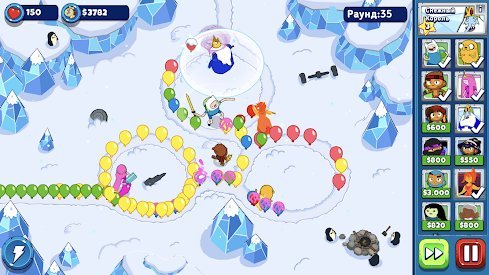 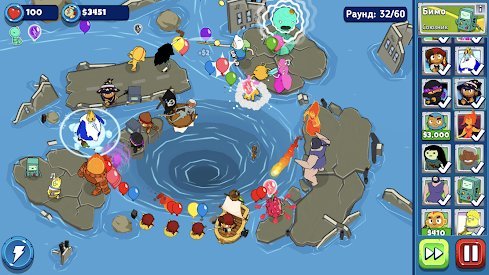 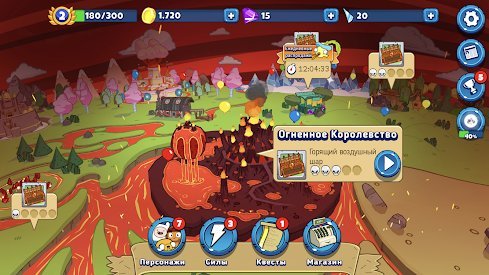 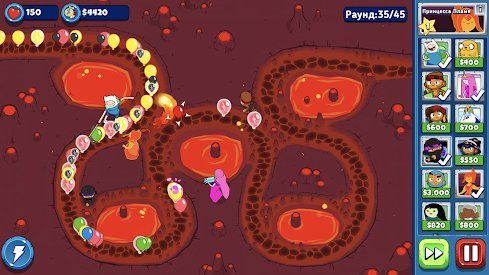 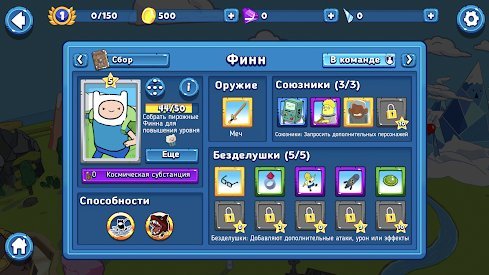 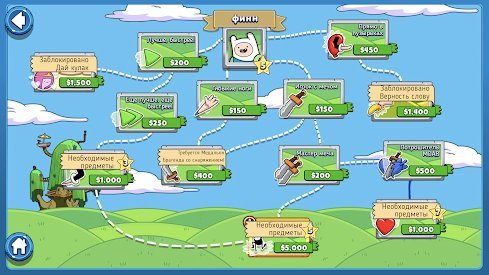