+1016
To bookmarks
Dead Space-a good and dynamic shooter that has a whole set of advantages, and almost devoid of disadvantages. Like many of its glorious predecessors, the toy appeared initially on the computer, but was quickly imported to mobile devices, where you can enjoy it now.

First of all, you should pay attention to a really good story. You will find yourself in a distant future, in which humanity in pursuit of minerals, went into space. Using huge ships, people easily squeeze useful resources from entire planets. At the same time, a new religion is developing in the world, whose representatives, despite the goals they seem to promote, are not so good. As the game progresses, they will have a rather negative impact on the plot.

In the process of mining, one of the ships finds an Obelisk, which begins to quickly turn people into bloodthirsty monsters. The main character is miraculously saved and must now somehow survive in the crowds that filled all around the creatures, which will be difficult. After all, the hero is not a commando, which is often taken to make characters in other games, he is a simple engineer. However, using his skills, you can make all sorts of deadly things from the items that come to hand. Download Dead Space for Android, you can already only for the sake of such a set of advantages.

The game can please a very dark and depressing atmosphere, the hero will have to survive in an atmosphere of complete despair. Something terrible is constantly happening nearby. Moreover, as we will be able to understand their future developments, he is gradually losing his mind, under the influence of the obelisk. So not everything that you will observe as you go through, will be true.
I am happy with the original game interface, which was organically integrated into the game itself, all the keys are quite original, and are very different from what others had. But at the same time, the management is extremely convenient, and will not cause you rejection.

Still pleasing opponents, this is not the usual zombies, they turned out to be frankly interesting, and complex opponents, creatures are very resilient, so it is very difficult to destroy them. Moreover, as you progress, you will meet more and more terrible creatures.
The characters that you can interact with, people with interesting characters, are also pleasing.there are more than a lot of them here. 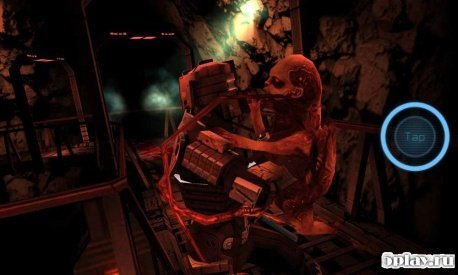