+291495
To bookmarks
MY LITTLE PONY: Magic Princess - this is the official game about exciting adventures or when not weary of Konarak. The plot centers on a moon Pony who, after many centuries in confinement, is eventually chosen to sunlight. After that, however, the green town of the little horses was in constant darkness. Only Twilight Sparkle and her friends are able to rescue Ponyville and return the beautiful light, as well as faith and friendship to the planet. Help the brave team to build a settlement from the ground up. Complete a series of extremely exciting missions.

Together with your favorite characters Twilight Sparkle, Fluttershy, Rainbow Dash and others. You will have a unique opportunity right from your mobile device to enjoy some of the most fun activities. Put a lot of effort to transform
Ponyville to the most magnificent settlement, the beauty of which is not to be found throughout Equestria.

Participate in a variety of mini-games: collecting apples, balls, magic wings, a telescope and a diamond mine, in which you will be able to control a variety of ponies in all kinds of fun fun that borrowed some of the mechanics of other toys. Spend time having fun with close friends and buddies, and you will see that immediate Friendship is the main thing in the life of any creature. This application is downloaded for free. However, you have the opportunity to use virtual funds that can be earned in the game or purchased for real money. The price range of in-game purchases is from 0.99 € to 100 €.

My Little Pony is a magnificent farm with elements of urban planning simulator. Therefore, you have to do the construction and erect different buildings, take care of the welfare of their girlfriends. From the side of graphic content this media entertainment is considered to be an extremely remarkable video game, it literally copies the graphics of the series bringing it to an absolute ideal. In places, during the passage you will often have the feeling that you are contemplating an animated show, and not playing. Here is an unusually mischievous social video game due to the recreation of a huge number of successful finds in such gaming products, it applies a beautiful licensed manner and gives the player a truly original experience. 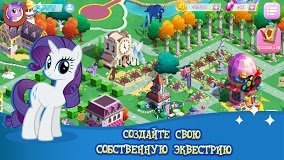 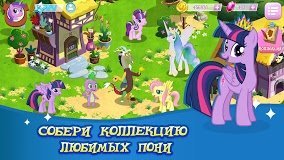 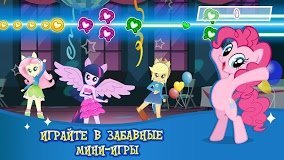 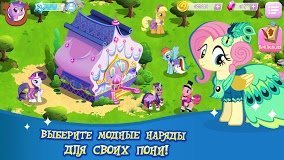 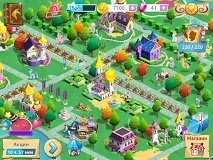